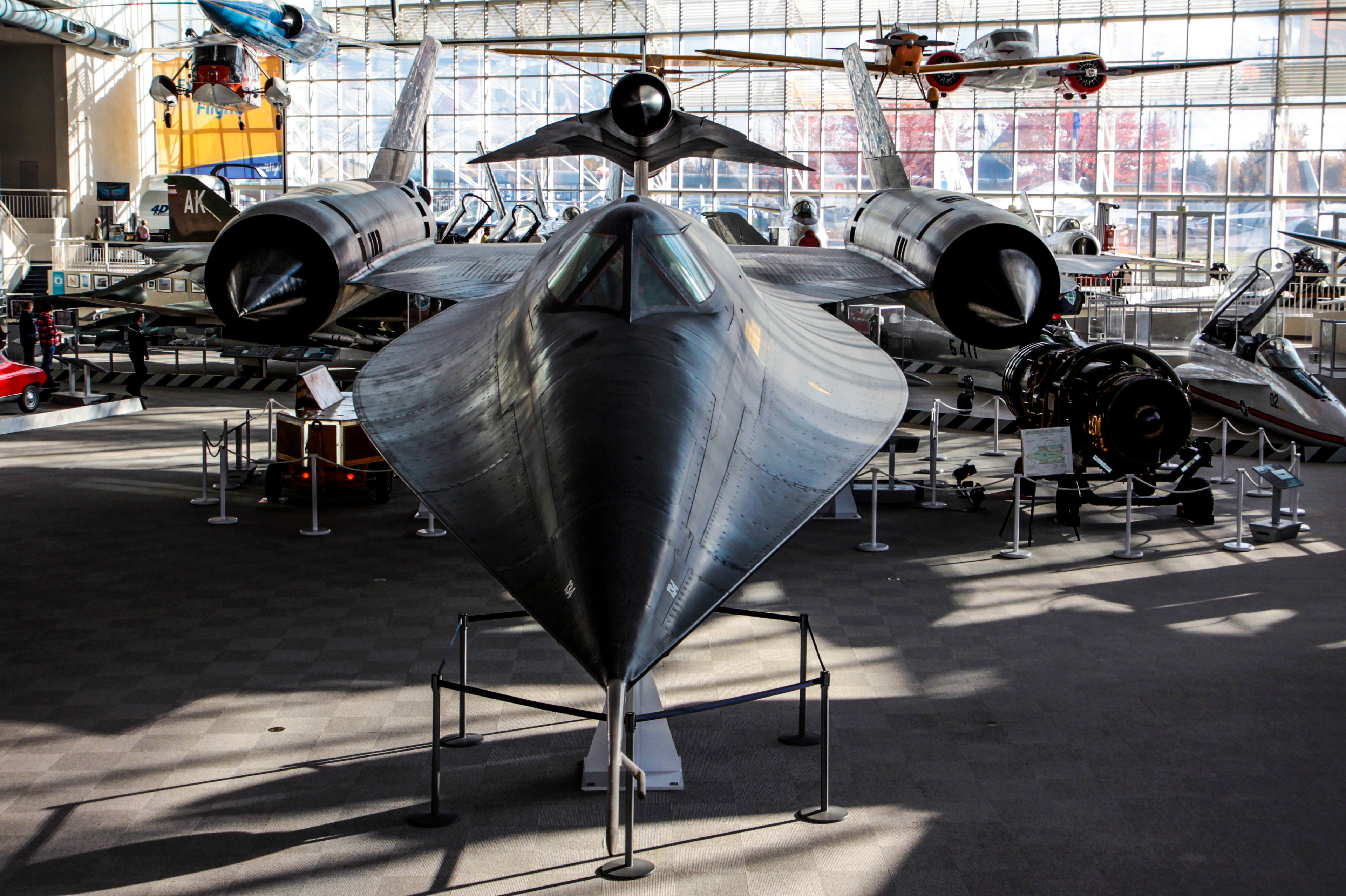 The plane was developed by Skunk Works and served as a reconnaissance plane for the CIA, operating from 1964 to 1998. This enabled NATO (North Atlantic Treaty Organization) to keep tabs on the Soviet Union. Under the code name Oxcart, Lockheed developed the A-12. This aircraft was designed with a thin and sleek profile to fly at extreme speeds. This plane was the embodiment of reconnaissance aircraft because it flew too high and fast to be threatened by enemy fighters or surface-to-air-missiles. Furthermore, the plane used special materials that minimized the reflection of radar rays. In doing so, the radar profile was reduced by 90 percent, making it mostly undetectable. The A-12 contained most of the technology which would soon be implemented into the Blackbird. When the US Air Force asked for a larger, faster and heavier version of the A-12, the SR-71 Blackbird was born. 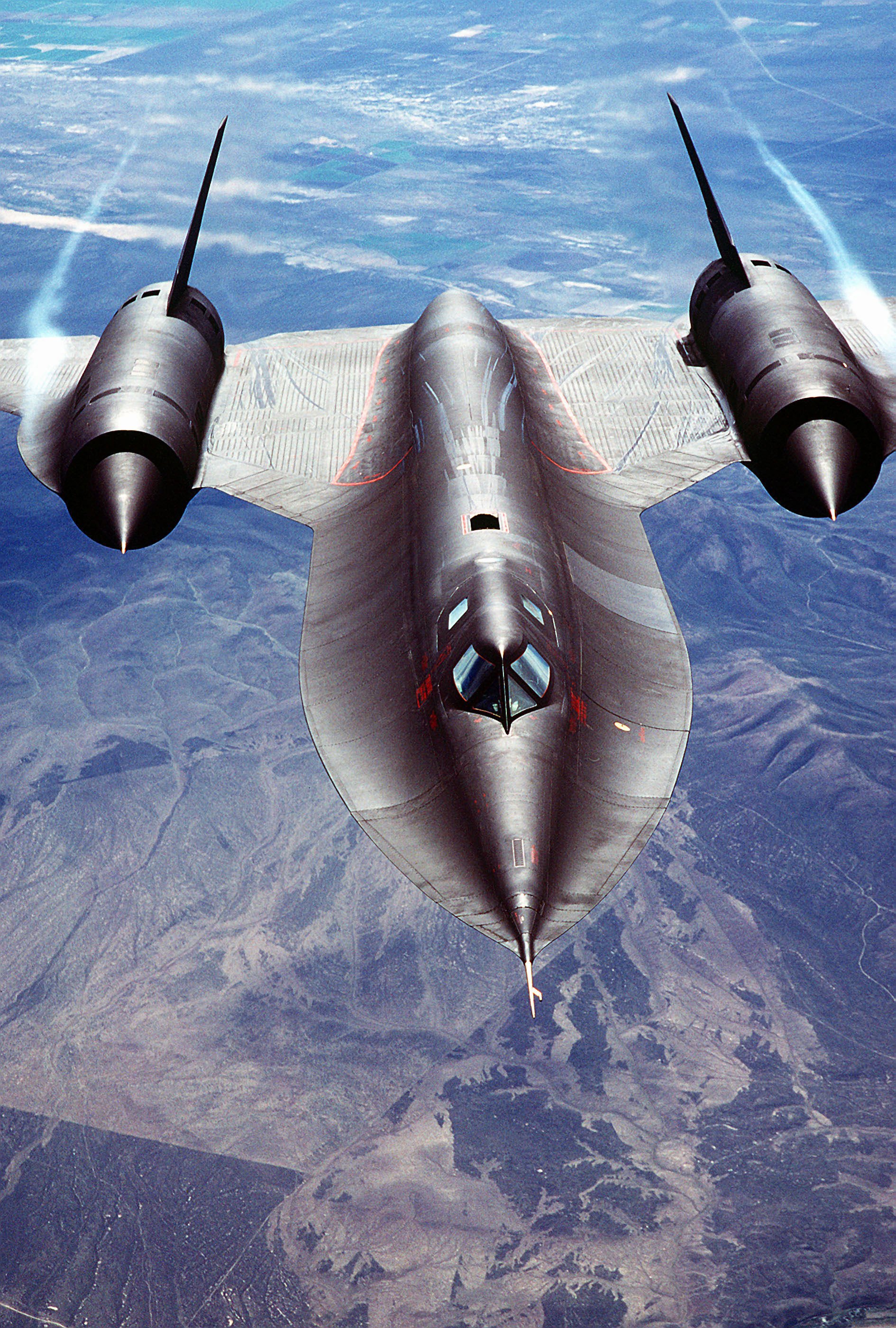 While the Blackbird took about 20 months to develop, its history as a technological innovation has left a lasting impression on the aerospace industry.

The attributes of speed, stealth and efficiency had never been combined like this before. According to Kelly Johnson, an aeronautical engineer who was the brains behind the Blackbird's development, the aircraft was an entirely new category of plane. “Everything had to be invented,” he recalls. “Everything.”

Even though the Blackbird flew above 96% of the atmosphere, the plane hurtled along at such high speeds to produce enough friction with the air molecules and raise the temperature on the aircraft to above 1,000 degrees Fahrenheit. With this in mind, designers built the Blackbird out of titanium, a heat resistant metal that is relatively lightweight. Unfortunately, the metal was rather difficult to work with because of its brittleness, price and limited supply.

A few ingenious aspects of the Blackbird included its radar-absorbing paint which could soak up radar energy. The black paint also allowed for the plane to cool off as the high speeds led to the plane overheating. Lockheed remembered that while black paint allows for a multitude of heat rays to be absorbed, it also radiates a high amount of heat. Therefore, this was used to reduce the temperature. The Blackbird was also extremely fast, traveling at a maximum speed of mach 3.2, which meant it could easily outrun missiles that were directed at it.

As mentioned before, titanium proved to be a particularly sensitive material to work with. Lockheed machinists had to be specially trained to work with this stubborn material. The brittle titanium shattered if the engineers dropped it and much the same happened when it was handled by the machinery. In order to fix this, entirely new equipment had to be built in order to manufacture the plane. Major Brian Shul, a pilot of the Blackbird, stated “Lockheed engineers used a titanium alloy to construct more than 90 percent of the Blackbird, creating special tools and manufacturing procedures to hand-build each of the 40 planes. Special heat-resistant fuel, oil, and hydraulic fluids that would function at 85,000 feet and higher also had to be developed.”

Furthermore, the designers struggled to find a sealant to secure the fuel tanks that worked both at ground and flight temperature. This problem proved so difficult that no suitable sealant was found. There were approximately fifteen spots along the bottom of the plane where fuel would leak about one gallon per minute.  It was simply accepted that while on the ground, the Blackbird would leak fuel until it heated up while flying and expanded and sealed those spaces. However, this was not a large concern because the plane was able to carry 82,000 pounds of fuel. In retrospect, one gallon per minute is a minor inconvenience. In fact, this plane took off with a partially full tank and was then aerially refueled with a tanker plane.

Nowadays, the surviving Blackbirds are found dominating museum galleries in the US and Britain. Some may wonder why this futuristic plane was put out of service. One reason was cost. Titanium is an extremely expensive and limited resource, and it was not economically efficient to continue producing the planes with this material. Furthermore, the plane was replaced with reconnaissance satellites. During the time of the Blackbird, reconnaissance satellites were inefficient. However, as the technology improved, satellites were better able to take higher quality photos more quickly than the Blackbird. The advancing technologies of Unmanned Aerial Vehicles were also more cost efficient and effective than manufacturing stealth planes. Despite these obstacles in manufacturing and function, the Blackbird remains a marvel that left an indelible mark on the aviation world. 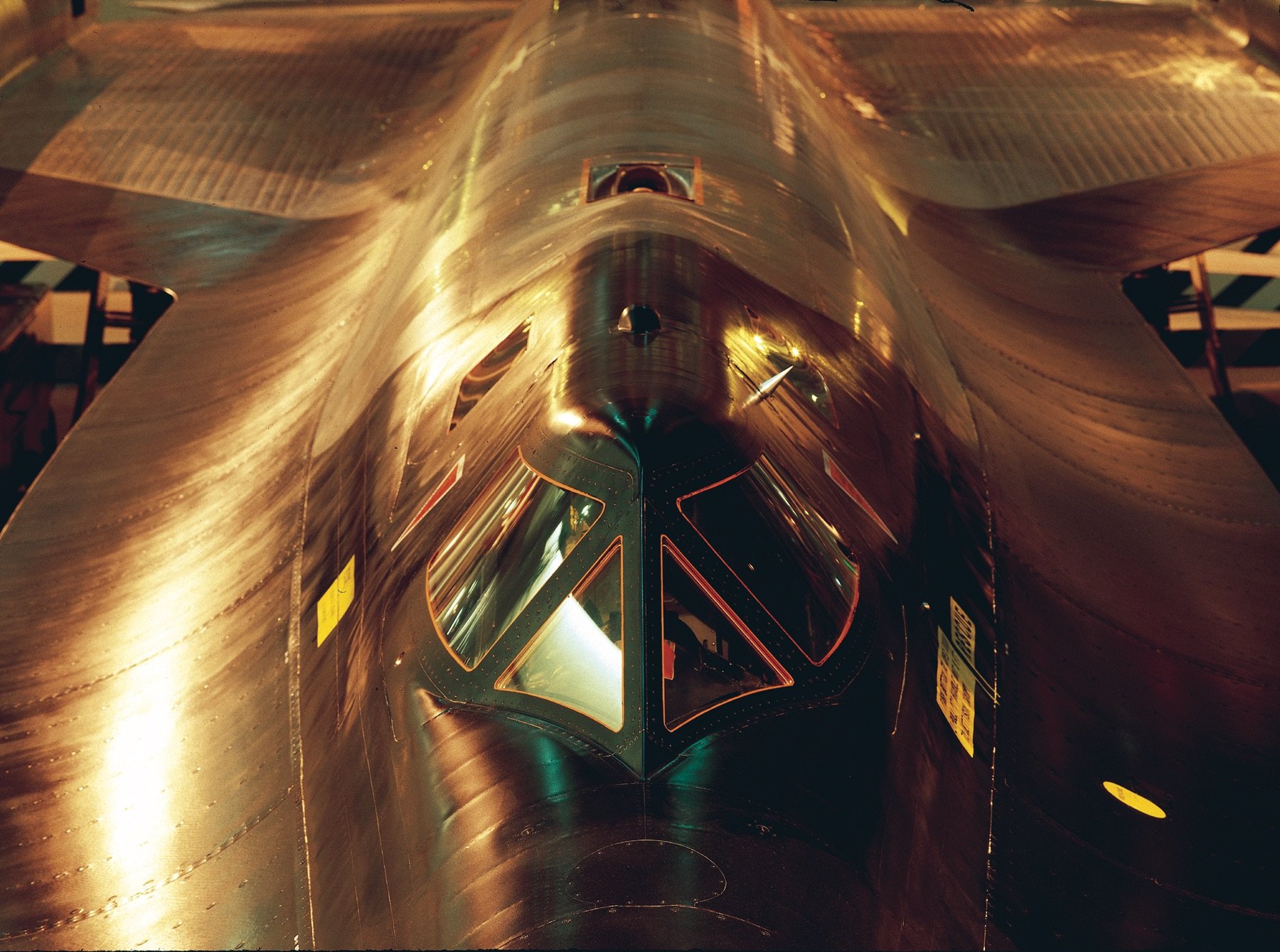 If you're looking to get up close to a Blackbird, The Museum of Flight has a Blackbird cockpit you can sit in. This particular cockpit was involved in a crash in 1968. During takeoff, a brake caliper broke free and the landing gear punctured one of the fuel cells. This led to the fuel cell catching on fire. The pilot and back-seater managed to escape safely; however, the plane was reduced to shambles of its former glory and the only salvageable part that remained was the cockpit and nose section, which now serve as a reminder of the magnificence of the Blackbird.

Plan a visit today to see the Blackbird for yourself!