Who Are The Night Witches? 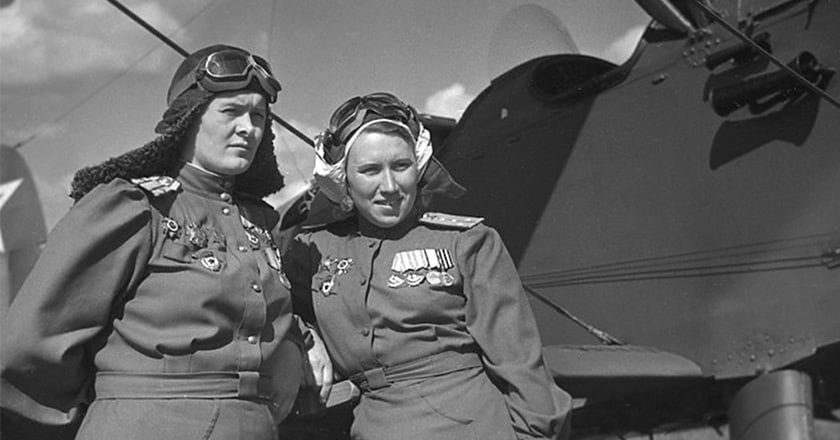 
Besides having what just might be the coolest name in aviation history, the Night Witches were a tough bunch of women pilots and navigators who stood their own against the male-dominated Soviet military ranks. Their sacrifices earned them national acclaim and their accomplishments were a result of the Soviet Union’s desperate need to expand and modernize. Women were tasked with building railroads, hammering nails, and laying brick alongside their male counterparts; eventually, they also joined the military. Although the story of the Night Witches isn’t well-known in the United States, it is a fascinating illustration of how women aviators left their mark on World War Two history.

By the time the Second World War broke out, Soviet women outpaced American women in terms of work experience. During the 1920s, women worked to expand and modernize the Soviet Union; a few were even hired by various aviation bureaus to build and fly airplanes.

In 1941, as Nazi forces were marching through the Soviet Union, these women pilots showed up in droves at recruitment centers, but they were all turned away because the military would not accept women aviators in combat roles. In their frustration, these women wrote letters to their national hero, the pilot and navigator Marina Raskova, who broke records in the 1930s with her exploits flying planes for thousands of miles.

Raskova, sympathizing with the plight of these women aviators, demanded a meeting with the Premier, Joseph Stalin (who also happened to be a big fan of hers). Raskova presented him with all the letters she received and convinced him that women pilots would be of value to the Soviet cause.

By October 1941, women aviators were accepted for military training, and Raskova was named Colonel of the three all-women units.  However, most Soviet women aircrews were integrated into mixed-gender regiments, flying alongside men.

During their year of training, the women aviators were sorted by ability levels to form the three all-female regiments:the 586 Fighter Aviation Regiment, the 587 Bomber Aviation Regiment, and the 588 Night Bomber Aviation Regiment. The most-skilled aviators became fighter pilots and, to the ire of their male counterparts, were issued brand-new Yakovlev Yak-1s. The middle-tier pilots were assigned to the bomber regiment, and the lowest- scoring pilots were assigned to fly night bombers, and were issued a plane that no one else wanted to fly: the Polikarpov Po-2, a 1928 trainer constructed from wood and canvas with no heat, an open cockpit, and a 100-horsepower engine. The plane (pictured below) was outfitted with three bombs under each wing. 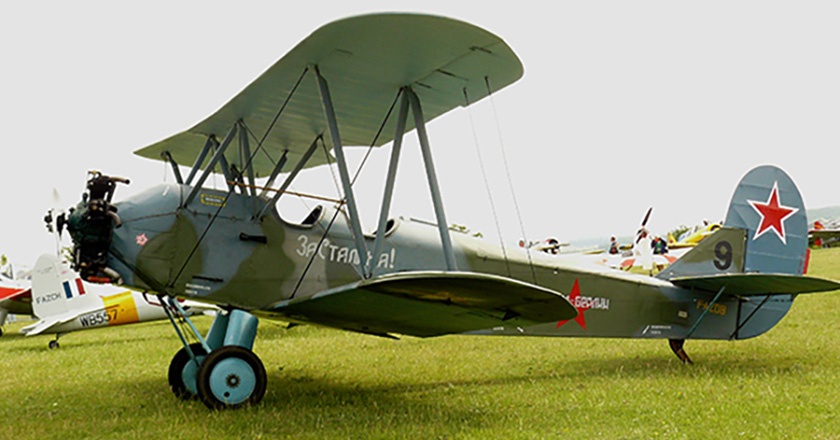 It was in this modest trainer that the women of the 588th Regiment would make history.

The women of the 588th faced a daunting mission: flying low over German front lines and dropping bombs during the night. The objective was to disrupt the Germans as much as possible—causing their forces to lose sleep, and possibly killing or injuring a few in the process.

After the 558thRegiment’s women slept during the day, they were briefed about their nightly mission and taxied out to the makeshift “runway” to await nightfall. The pilots would take off in pitch darkness towards the German front lines at tree top level, flying over an area plotted by the navigator (who doubled as the bombardier). Then, the navigator/bombardier would drop the plane’s six bombs and the crew would head back toward a runway cleared that very day and lit with torches.

The Night Witches flew multiple sorties every night, prolonging the attacks as long as possible, to deprive the Germans of sleep.  It worked: the incessant attacks turned the Germans into virtual zombies. The Germans were incensed when they discovered that the pilots were women and started to anticipate the nighttime bombing tactics.

So, the women aviators revised their approach: they ascended while turning, slowly climbing in a wide circle until coming to a point designated by the navigator. Then, the navigator would tap the pilot on the shoulder as a signal to turn off the engine, at which point the plane would glide silently. Then, the crew would drop the bombs and hope that the engine would start up again.

This risky endeavor was usually successful; but if it wasn’t, the pilots were armed with pistols and the last bullet was always for themselves. The pilots would rather commit suicide than be taken prisonerby the Germans.

Although the engine couldn’t be heard while the pilots were executing this new tactic, the plane still made some sound. The wind whistling through the struts could be heard by the German soldiers below, and some commented that it sounded like the screeching of a witch on her broom. The derisive nickname “Night Witch” gained popularity and eventually became a badge of honor. “Night Witches” is a verbatim translation of the German term, “Nachthexen.” The Germans dismissed the Night Witches’ Po-2s as “Nähmaschinen” -- “Sewing Machines,” because of their relative lack of sound (compared to 1,100-horsepower fighters).

By the end of the war, there were approximately 500,000 women serving in the Soviet military combat roles alongside men. The women were found to be excellent snipers; they also operated antiaircraft artillery, and some even became tank commanders.

But it’s the Night Witches, gliding in their rickety trainers under the cloak of darkness, who garnered the most acclaim of any single group. Over 200,000 women were awarded medals for bravery during service, and 89 earned the highest honor Hero of the Soviet Union. And out of those 89, 22 were Night Witches of the 588th Night Bomber Aviation Regiment.

Check out the Soviet-built Yakovlev Yak-9U in our Personal Courage Wing!

Header image: Ministry of Culture of the Russian Federation