A Brief History of WASPs 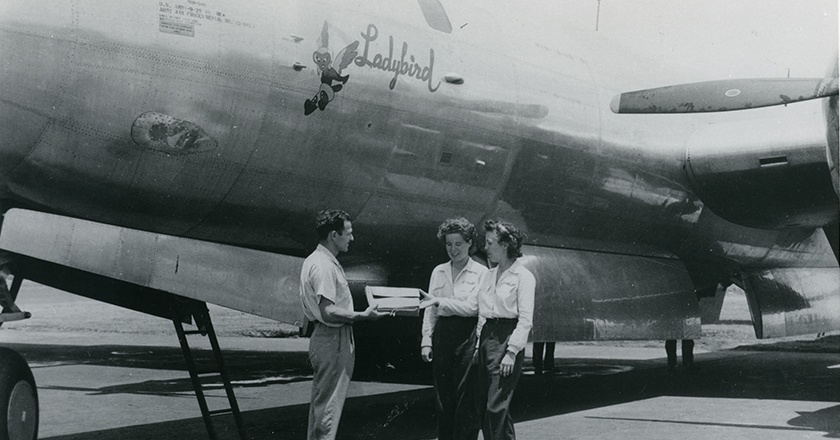 
“We are in a war and need to fight it with all our ability and every weapon possible. Women pilots, in this particular case, are a weapon waiting to be used.” Eleanor Roosevelt, September 1, 1942.

Those weapons turned out to be the WASPs (Women Airforce Service Pilots), and they left an indelible mark on American history, despite not being recognized for their service for over 30 years.

Jacqueline Cochran and Nancy Harkness Love were the primary players behind the formation of the WASPs. They each approached the armed forces years before with the idea to employ women pilots, and their suggestion was denied. By 1942, the United States was embroiled in a global conflict that demanded human resources—men and women—to offer their time and talents in a variety of positions. And the United States had a lot of catching up to do: the Soviet Union, Germany and Great Britain had already organized their own women-led air support units.

Jacqueline Cochran (pictured below) is remembered as a force of nature. She did her best to distance herself from a poor childhood and took to the skies as soon as she could get a pilot’s license. Active in air racing during the 1930s, Cochran multitasked by founding her own line of makeup, the Jacqueline Cochran Cosmetics Company, in 1935. Cochrane’s initial request to develop a corps of women air service pilots was rejected, but in 1942 she was assigned to lead the Women’s Flying Training Detachment (WFTD) to train more women for duty as pilots. 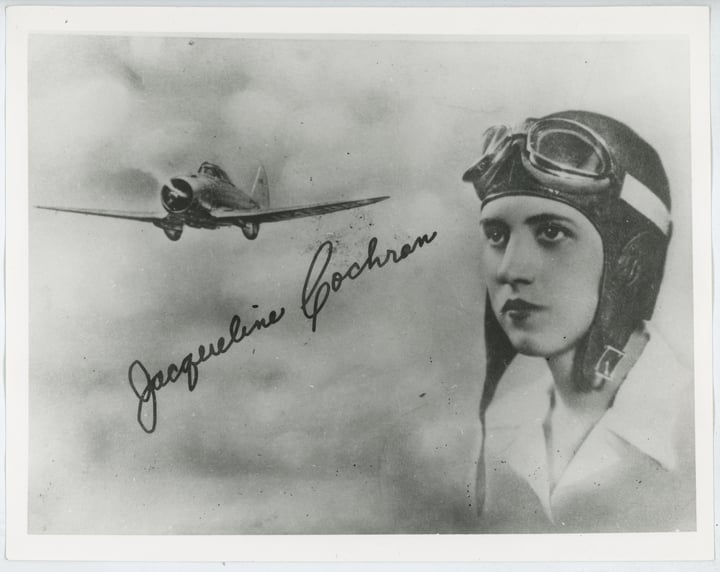 First employed in 1936 as an airline transport pilot, Nancy Harkness Love earned her private pilot’s license when she was still in high school. By 1940, she was ferrying military planes bound for France to the Canadian border. Just like Cochran, Nancy Harkness Love was denied when she approached the armed forces to suggest an all-women squadron. After she earned some more flying experience, the Air Transport Command hired Love to organize the Women’s Auxiliary Ferrying Squadron, which was then joined with Cochrane’s WFTD to create the WASP (Women Airforce Service Pilots), who proved to be as capable as men when flying cargo planes, high-powered fighters, light liaison planes and bombers.

An article in the February 1943 issue of Look succinctly describes the life of a WASP pilot: “The life of these pilots combines the spectacular duty of taking off alone in a brand new plane with the unspectacular one of washing out their own underclothes. They have about 10 hours between assignments, and usually get about two hours’ notice before a new flight” (9).

Unfortunately, the WASPs were not considered service members, and unlike their male counterparts, they did not receive medical insurance. It wasn’t until 1977, when President Jimmy Carter signed Public Law 95-202, that WASPs became officially recognized as war veterans.

Want to support the next generation of women pilots?