Who Was Mary Riddle?

A vintage photo of Mary Riddle.


Mary Riddle (1902 – 1981), a member of the Satsop and Clatsop tribes, was born Nannie Riddell in Bridgeport, Washington. She also owned property on the Quinalt reservation, inherited from her wealthy grandfather, and often introduced herself as Quinalt. After the death of her mother in 1905, Riddell and her two brothers were treated as orphans. They were enrolled in Chemewa Indian School, a federally run boarding school in Salem. In 1911, all three siblings were transferred away from the Indian School. Nannie Riddell transferred to a Catholic boarding school in Beaverton, where her schoolmates described her as a funny, adventurous girl. [Though much of Riddell’s personal life remains a mystery, what we do know of her outside of her flying career is due in large part to the efforts of historian and anthropologist Llyn De Danaan.]

Throughout the 1920s, Riddell lived a lifestyle filled with freedom enabled by her inheritance from her wealthy grandfather. She loved her motorcycle and was involved in racing. She decided to become a pilot after witnessing a woman crash her plane. She wanted to prove everyone who said that women couldn’t fly wrong.

Tex Rankin’s flight school in Portland was more open-minded than most flight schools in the late 1920s. In 1929, Riddell enrolled there as Mary Riddle, a name she would go by for the rest of her life. One of several other women enrolled at the time was Leah Hing, who became one of the first Chinese American women to earn a pilot’s license in 1933.
In 1930 Riddle became the second Native American woman in the world to earn a pilot’s license and the first Native woman to do so in the U.S. (The first was Bessie Coleman, whose primary legacy is in the African American community).

Within a couple of years of earning her pilot’s license, Mary made a name for herself as a barnstormer and was heading up the Seattle chapter of the Ninety Nines, an organization based out of Boeing Field for women pilots that was founded in 1929.

Being a barnstorming pilot was just as much about marketing as it was about flying. Riddle used her heritage and stereotypes about Native American culture to draw a crowd. She grew out her bobbed hair, wore stereotypical buckskin clothing, and billed herself as the Indian Princess Kus-de-cha, which she said was a Quinalt name meaning Kingfisher. Some aspects of her persona were based on facts, but just as much of it was a marketing ploy. Like many female performers of this era, Riddle often shaved years off her age for the press.

In 1937 Mary Riddle earned her commercial license and went on tour with a barnstormer group. She did parachute jumps out of the group’s Boeing 80A.

World War II halted civilian flying in the United States. Though she would have met all other eligibility requirements, Riddle was too old to join the Womens Air Force Service Pilots (WASP). She was trained as a sheet metal worker for the Air Transport Command and served as a “Rosie the Riveter” instead. After the war, her flying career was over. She never married, and died in 1981. 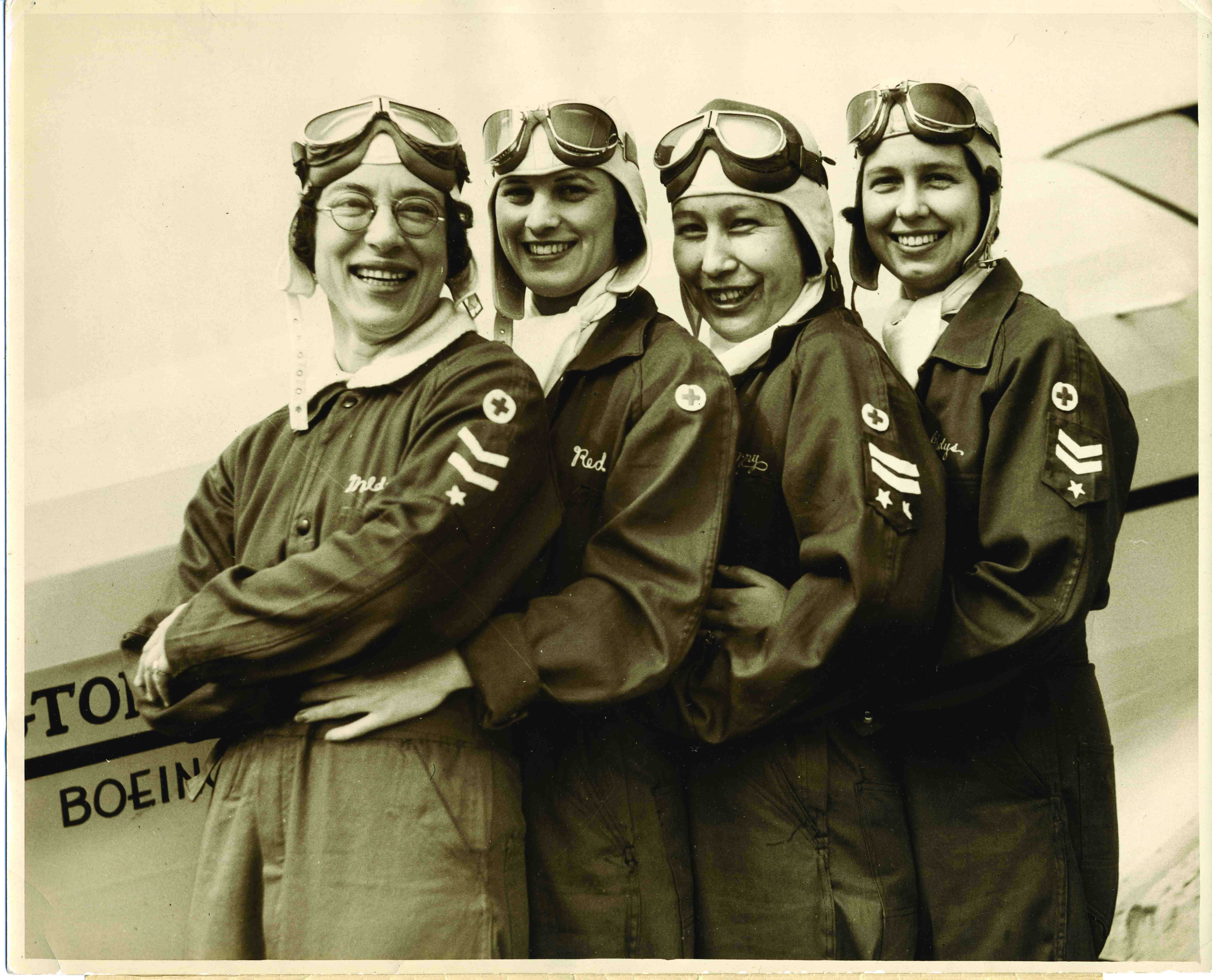 Credit: The A. Elliott and Mildred (Filz) Merrill Collection/The Museum of Flight