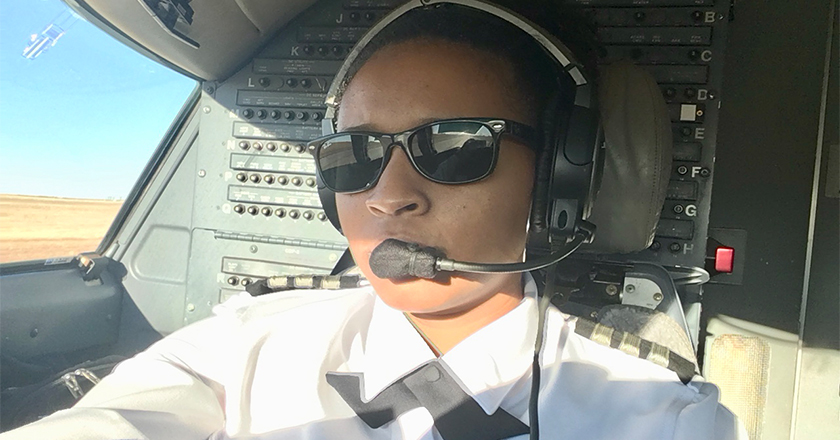 
For Candyce Henderson, First Officer for Frontier Airlines, it all began with Mae Jemison. “In the first grade, we were assigned to do a project about a famous person, and I chose Mae Jemison. I’ve been in love with flight ever since.” Although her love for flight never wavered, Henderson’s career path did, before she found her place as a pilot. Henderson’s journey to becoming a pilot shows what happens when you never let go of a dream and make a commitment to take your life in a new, more fulfilling direction.

When Henderson graduated from University of Illinois Chicago with a Bachelor’s degree in psychology, she was well-prepared for a comfortable life. Her knack with numbers and people skills earned her positions as a banker and a financial aid advisor, but there was still something missing. “The entire time I was doing anything other than aviation I knew I was doing it because I was scared to jump into aviation. The bug never went away. I traveled by plane a lot at a young age because my cousins were in tumbling competitions, and I always loved airports. When I was older and took trips with my friends, I would always look to the left of me, to the flight deck, when I got on a plane and always thought ‘I have to do this! This has to be me!’” Henderson recalls.

After several years of introspection, Henderson decided she was no longer going to hold herself back from her dreams. Henderson stayed close to home in Oak Park, Illinois for college because she didn’t want to be far away from her mom, dad, and younger sister. But by the age of 26 she knew that she had the inner strength to leave home and her comfortable career, and she had the full support of her parents in her decision to pursue her dream of being a pilot.

Through guidance from her uncle (who also serves as her pastor), Henderson sought help from her family to raise money for her very first course in flight school. She remembers her pastor saying, “’You have to have faith. You need to go to flight schools. Whatever it costs for your first license, save that up, have that ready—however you can get that first license covered and paid for –have that money and present it to the flight school. Tell them you want to start, and that will open doors. Then you figure out how to get the next license, your instrument rating, and so on.’” Henderson gained support from a wide network of family members who helped in their own way and she was able to secure $20,000 for living expenses and for her private pilot’s license.

Her closest pilot mentor, Ken Jackson, a SkyWest Captain, reviewed possible flight schools with Henderson and she decided to attend American Flyers in Santa Monica, California. The school loved the fact that she already had a Bachelor’s degree and could pay the full amount for her first license. And her boldness gave her an additional advantage: American Flyers promised that she could begin an internship program once she completed her private pilot’s license, and the internship would cover her instrument rating, commercial, and CFI.

Although Henderson had great success entering into the flight program and securing the internship, flight school itself was not easy. Landings took Henderson a month to learn, and the stress to succeed amidst all the support—financial and otherwise—from her family added to the pressure. “There were so many people backing me up. I had inconvenienced them and asked them for money to do this, so there was no turning back. All these people were calling making sure I was getting it done,” Henderson recalls.

And she did get a lot done. When her internship began she worked 5 days a week, 8 or 9 hours a day, and spent her evenings working on her instrument rating. Henderson remembers, “Any days off I made sure I put in my flying time. I tried to not let work tire me out to where I couldn’t fly. I never slacked on the flying portion. And then there’s the studying portion. When I wasn’t working, or flying, I was studying. There was no down time.” To push through all this work, Henderson looked to her younger sister for motivation; a bit of sibling rivalry that pushed her to succeed. “She was working on her Masters at the time and she’s four years younger than me. Once she got close to getting her M.A., I got my private pilot license,” Henderson explained.

In two years, Henderson earned all her licenses and even became a CFII flight instructor before getting her multi-commercial license. Her stint as a flight instructor for an additional year and a half helped bridge the gap from minimal hours to getting airline certified. Once she was hired by her first airline, Mesa Airlines, she received her ATP (airline transfer pilot) rating.

All the hard work and time away from home was worth it, because now Henderson lives her dream job. In her short career, she’s already flown the Cessna 150, 152, and 172; Alarus CH2000; Beech Bonanza A36; Pilotus PC 12; Piper Seminole; King Air 200; Airbus 319, 320, and 321; and her favorite planes, the CRJ 200, 700, and 900. Henderson loves that the CRJ easily outclimbs and overpowers other large jets. “It’s that perfect, sweet-sized aircraft—not too big like the Airbus that can carry up to 230 passengers—and its maneuverability makes it shoot like a rocket through the sky.” 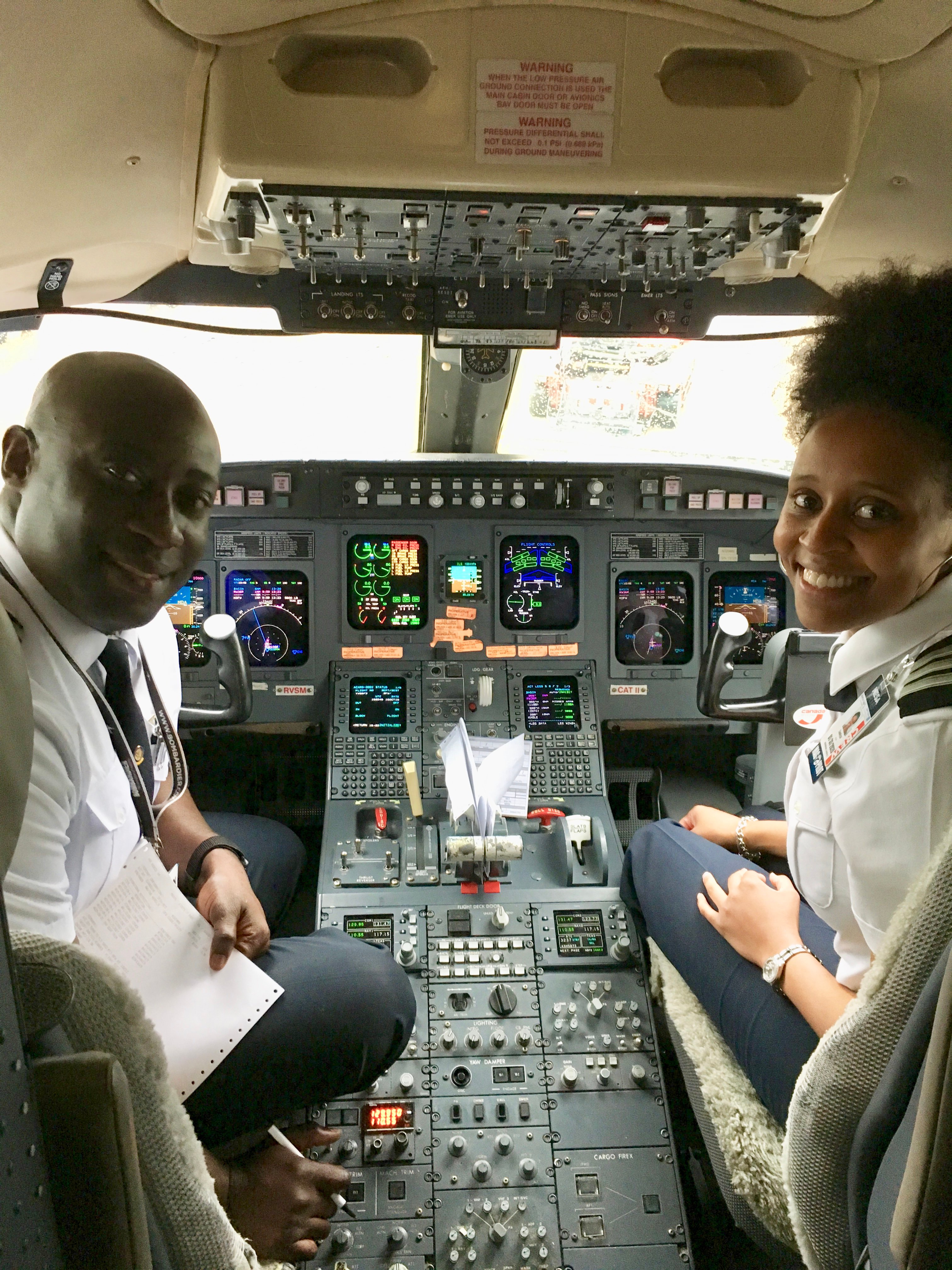 In addition to flight benefits, which allow her to hop on a flight to visit a new city or help a friend move at a moment's notice, Henderson feels the best part about her job is interacting with passengers, especially young passengers who are excited to take their first flights. “Even if I’m not in the best spirits, they’re always there to lift you up,” Henderson says. She also loves flying on holidays, knowing that she’s bringing families together across great distances.

If you’re looking to start a career in aviation, Henderson has some down-to-earth advice: “There’s going to be a lot of hurdles, but it’s totally worth it. I had no aviation background in my family, and no close connections to the industry at all. I’m not necessarily the kind of person who’s a ‘natural pilot,’ but just like anything else, it’s a skill you can learn if you put your mind to it, have faith in God, and commit to doing the work.”

Want to learn more about getting started in aviation?

All photos courtesy of Candyce Henderson.