Secrets of the Blackbird Spy Plane 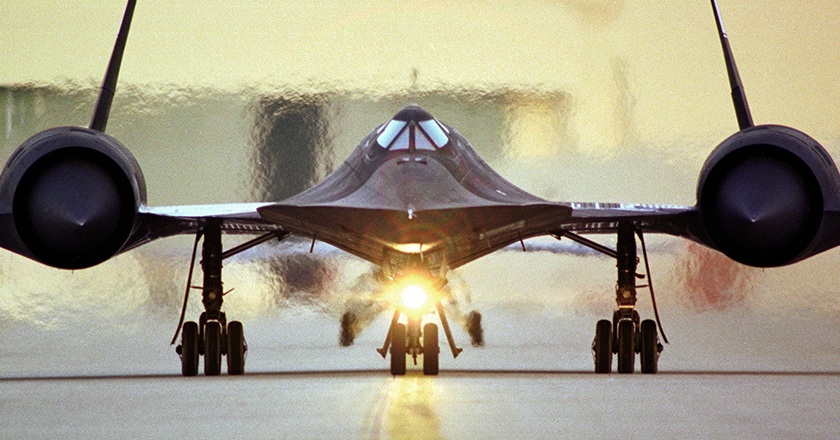 
The Blackbird spy plane is one of the most recognizable aircraft in aviation history, but do you know some of the more fascinating stories behind the people and materials that went into creating it? Here are some lesser known tales behind the making of the Blackbird.

It all started with a phone call to President Dwight D. Eisenhower in May, 1960. He was informed that a U-2 spy plane flown by Gary Powers was shot down over the U.S.S.R and that the Soviets were not releasing the plane or the pilot. Premier Khrushchov also declared that he did not want any more American pilots flying over the U.S.S.R.

In response to the Soviet Union’s declaration, Eisenhower resolved to execute an aerial surveillance program that would not require pilots; after all, Khrushchov never said anything about unmanned flights!

The Man with the Plan

Kelly Johnson, creator of the U-2 spy plane, was tasked with the monumental challenge of creating the ultimate stealth aircraft: one that would climb high enough and fly fast enough to evade Soviet observation. To accomplish this task, Johnson and his team at Skunk Works in Burbank, California dealt with high speeds that had never been reached before. And with speed comes heat. They would have to build an aircraft that could withstand increasing temperatures from nose to tail. This level of technological innovation required top-secret strategies and materials.

The Most Stubborn Metal

Johnson knew that aluminum, commonly used in commercial passenger aircraft, could not withstand speeds over 1,200 miles hour or the heat that high speeds produce, so he found a heat-friendly alternative: titanium. To obtain it, Skunk Works established phony locations around the globe to purchase titanium in secret. In an ironic twist, the team ultimately decided on titanium found in the U.S.S.R.

Titanium is notoriously difficult to manipulate. It doesn’t hold its shape and is susceptible to corrosion. Johnson’s team also found it was sensitive to the tap water in California, which contained traces of chlorine from the number of backyard pools. Additionally, cadmium-plated tools also caused reactions in titanium.

The crew discovered three effective ways of working with titanium: creating an alloy, dividing it into smaller pieces, and using alternate heating and cooling processes to strengthen the metal and ensure that it would hold its shape.

All that titanium alloy made for a very heavy plane that needed a lot of fuel, and JP-7 was invented to solve this problem. Because the Blackbird’s high speeds caused immense heat to radiate inward, the fuel needed a flashpoint high enough to avoid exploding in mid-air. JP-7 is very stable and predictable at high temperatures, and it even needed a little help sparking up, which is where TEB (triethlyborane) comes in. TEB explodes as soon as it hits the air, and just a few small injections of it was enough to spark the engines at 3,200 rpm.

The Blackbird has 6 fuel tanks from the front wheel to the back with an 82,000 pound fuel capacity. It can burn about 6,300 gallons an hour, and it moves fast. The Blackbird can take you on a round trip from California to Michigan, then down to Texas, New Mexico, and Arizona in about 2 hours.

“I see nothing, I know nothing”

To keep this project under wraps, Johnson had parts shipped to a place called C & J Engineering in Encino, California—his own home address. He then transported the materials to Skunk Works in his truck. One day, the postal inspector got suspicious and followed Kelly Johnson to work. When the inspector arrived, CIA agents immediately confronted him and forced him to complete a mound of paperwork in which he confirmed that he knew nothing and saw nothing. The inspector never followed Kelly again.

A top-secret spy plane needs to be tested in a top-secret location, and that place was Groom Lake, Nevada (also known as Area 51). Skunk Works had to coordinate the aircraft’s (known as the A-12) three-day journey and went out of their way to ensure that the plane would arrive in one piece. They even cut the hills at an angle along the route to accommodate the precious cargo!

See this record-breaking aircraft in person!