The F-14 Tomcat and the Pilots Who Flew It 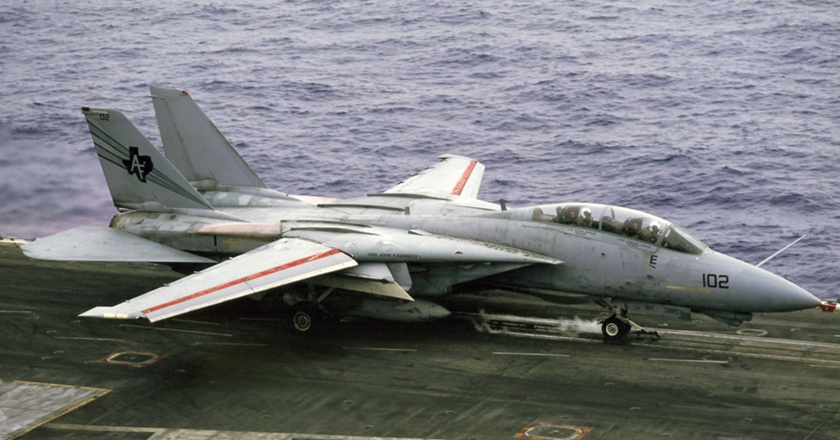 
Unique in the annals of aviation history, the carrier-based Grumman F-14 Tomcat flew with the U.S. Navy from 1974 to 2006, and it is still used by Iran's Air Force. The F-14 was originally designed to be the lynchpin of the U.S. Navy’s Outer Air Battle Concept and to prevent a Soviet bomber force equipped with Tupolev Tu-22 Backfires from destroying a carrier battle group. With the Soviet Union’s dissolution in 1991, the Backfires were no longer a threat, and by 2006, the Tomcat was replaced with the F/A-18 E/F Hornet.

Despite the Hornet’s general popularity, many aviation experts yearn for the return of the Tomcat—especially since Russian Su-30SM and Chinese J-11D and J-15s pose a serious threat to the Hornet fleet.

If you’re one of the many who miss the Tomcat’s reliability, or just want to discover why it’s such an icon in aviation history, check out what three Tomcat pilots had to say about their experiences flying this incredible jet during a panel discussion at the Museum.

As a photo reconnaissance pilot, Cook remembers that the photography equipment, TARPS (Tactical Airborne Reconnaissance Pod System), added about 1,700 lbs. to the plane. Cook and his crew lovingly referred to it as "the turd."

Even though Cook spent the last three years of his career flying Hornets, he liked the the F-14’s speed, size, range, and capabilities in a multi-mission role. “In the Hornet, I was always worried about fuel, but with the Tomcat, I knew I would be fine with how much fuel was on board,” said Cook. 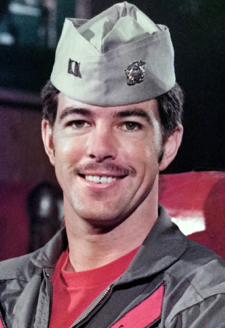 Larry “Music” Muczynski served from 1972 to 1996 and was a member of the Black Aces, and he also fought in the Gulf of Sidra in 1981. As someone who never flew an airplane until he entered the Navy, Muczynski recalled that he was under even more pressure due to the kind of plane he was flying. As the Navy was transitioning out of F-4 Phantoms, “it was a big deal to get the Tomcat.” 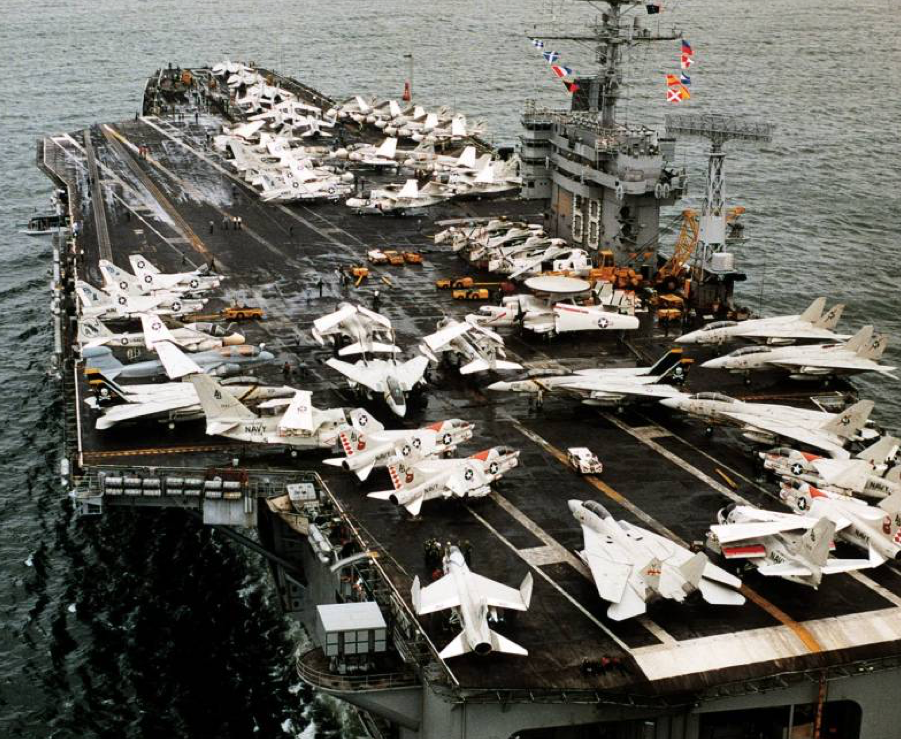 His experience with the Tomcat is intertwined with his first time living on a nuclear-powered aircraft carrier, the USS Nimitz. He recounted the pros and cons of living on this massive city at sea. “The thing about nuclear-powered aircraft carriers is that you have a great big flight deck and the air conditioning works all the time; and, it can carry 3.5 million gallons of jet fuel, so you can fly a lot.” The most notable negative aspect? “The food!” 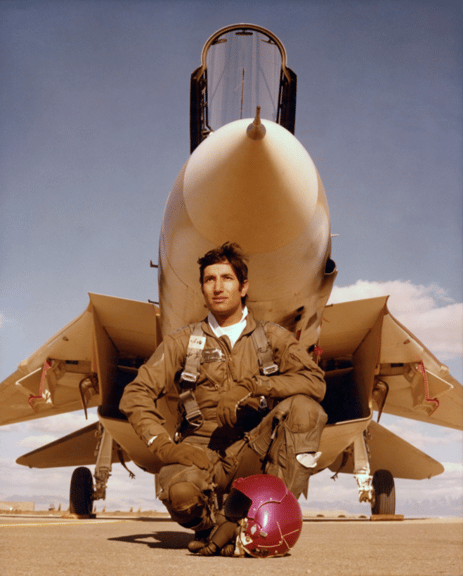 As an elite pilot in the Islamic Republic of Iran Air Force, Adeli was one of the few chosen to fly the F-14 Tomcat in 1977. He was lucky because everyone wanted to fly the F-14. “It was the Cadillac of planes,” he recalled. “Huge seats, air conditioning; a real capable, luxury aircraft.”

From 1980 to1988, Adeli flew during the Iran-Iraq War and had his first engagement on January 7, 1981. It was late in the day when his patrol over Iraq detected low-level fighters coming from Iraq to Kharg Island.

Adeli was ordered to shoot them down, but he ended up doing something extraordinary: shooting down three Iraqi MiG-23s flying in close formation with only one AIM Phoenix missile. Shortly after, the AIM Phoenix stockpile was running low, so the Iranian military retrofitted a SAM to be an air-to-air missile. 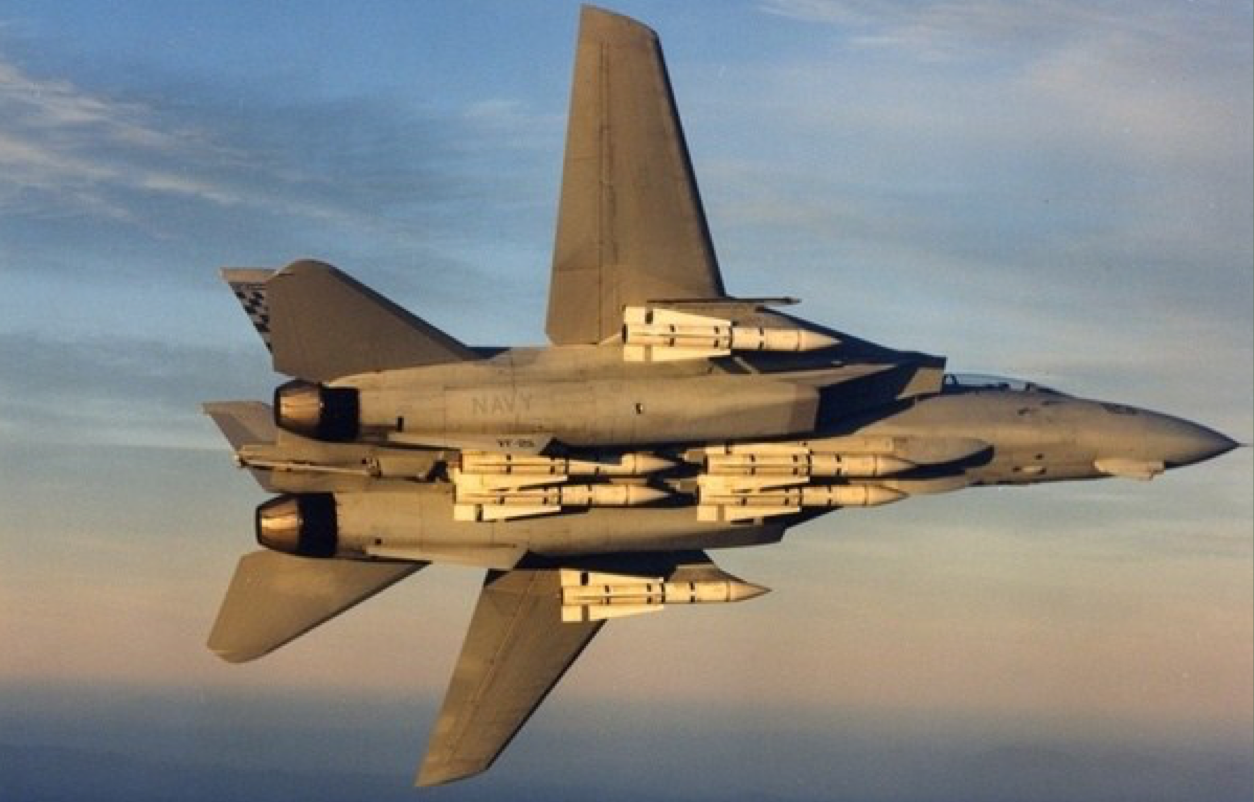 These pilots’ experiences with the Tomcat show how popular and well-loved this aircraft really is. But, there are some facts about the plane you may not know.

These pilots are three among many who have been fortunate enough to fly the incredible F-14, which has retained its popularity even amongst those who never flew it.