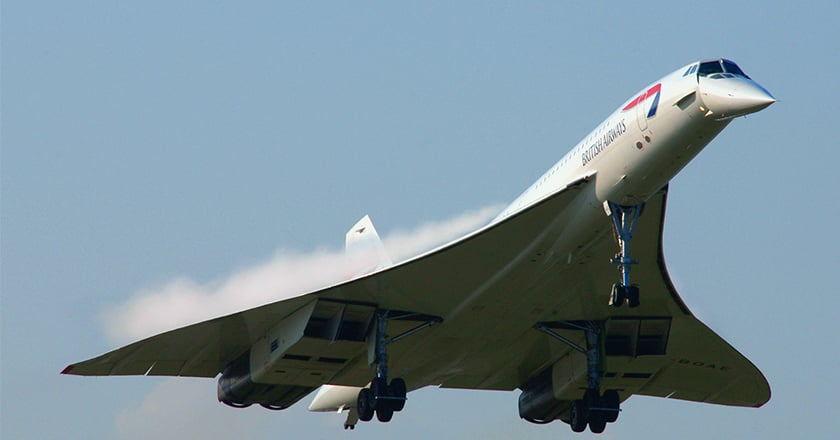 
Thousands of Museum of Flight visitors step inside Concorde each year to admire its posh interior and imagine what it's like to fly at supersonic speeds. Concorde certainly made a splash when it was first released in 1976, but there are some very good reasons why this supersonic jetliner, with cruising speeds of over Mach 2 and cruising altitude of 60,000 feet, isn't flying today.

The Need For Concorde

During the Cold war, Britain and France wanted air travel that went faster than the speed of sound, which meant that the two countries had to create a plane faster than any other commercial airliner flying at that time. The British developers were overwhelmed with the cost of producing such an aircraft, so they reached out to other countries to work with, and ended up working with France.

The Construction of Concorde

Concorde was jointly developed and manufactured between France and The British Aircraft Corporation under an Anglo-French treaty. Twenty aircraft were built, including six prototypes and developmental aircraft. Air France and British Airways were the only airlines to purchase and fly the Concorde. The aircraft was used mainly by wealthy passengers who could afford to pay a high price in exchange for the aircraft's speed and luxury service. Concorde was mainly built out of aluminum and a high temperature alloy comparable to that created for aero-motor pistons to withstand high external temperatures and thermal expansion from traveling at supersonic speeds. 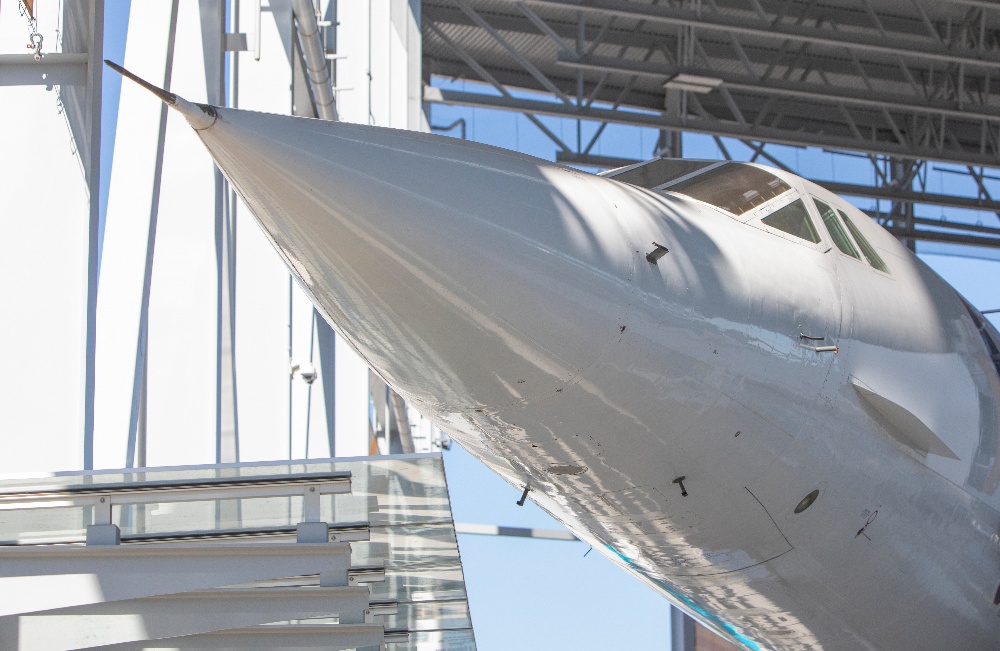 The droop snoot was a feature unique to the Concorde. It was implemented because the Concorde’s delta wings forced the aircraft to require an extremely steep angle of attack while landing and lifting off. Additionally, the long nose further hindered runway visibility. The droop snoot is designed to lower the nose of the Concorde to improve visibility during takeoff and landing. The droop snoot ended up requiring 2 windshields, one fastened on the movable nose and the other secured onto the cockpit.

The aircraft gets blisteringly hot when it goes supersonic, which caused Concorde to expand 6-10 inches at its cruising speed of Mach 2 due to thermal expansion. A regular flyer of the Concorde described what it was like to fly in it: “For a girl used to flying steerage, the experience was unbelievable. Once through the doors of the sleek, tiny, cigar tube into the body of Concorde, I knew I had entered into the rarified air of gods and kings. But dang, things were small and cramped."

Besides the Concorde being the fastest supersonic commercial airplane in aviation history, it also accomplished other significant advancements. One of them being its air intake control units, or AICUs in short. This was the first time a digital processor was used to give an airplane full control of an essential system.

The brakes on Concorde were developed to withstand high temperatures. Developed by a multi-national company called Dunlop, the brakes were the first carbon-based ones to ever be used on an airliner. The wheels had multiple rotors, and each were cooled down by individual electric fans.

Concorde was also the first aircraft to open service from Rio de Janeiro to Washington, D.C. and New York City. With its incredible speed and increased routes, Concorde had flown for a total of 17,824 hours.

So if the Concorde had so many achievements, why was it discontinued?

One of the issues that negatively affected the success of Concorde was the cost of fuel. On a regular flight, Concorde consumes 6,771 gallons of fuel. The cost of fuel quickly exceeded the profit made from the flight and rendered Concorde unprofitable to operate. Though the cost of the aircraft and fuel proved to be problematic, there were also other underlying issues that contributed to its downfall.

Another issue emerged from the restrictions of supersonic travel. Concorde was restricted to only go supersonic over the ocean because it sent a shockwave into the air strong enough to shatter glass if it went over densely populated areas. Cities issued numerous noise complaints whenever Concorde flew overhead, causing huge headaches for the airlines and manufacturers.

But one incident eclipses all these issues. Concorde was involved in a serious accident on July 25, 2000. On Air France Flight 4590, some debris blew a tire and punctured one of the fuel tanks. The fire and engine failure caused Concorde to crash into a nearby hotel, killing 113 people in total.

At The Museum of Flight

The Museum of Flight Aviation Pavilion houses a model of a prototype Concorde G-BOAG. This Concorde prototype was built in November 1980, but after it was completed, no customers would purchase the model. It was eventually bought by British Airways through a transfer contract. They kept it for 6 months while G-BOAG was being restored at Filton Airfield in Bristol, England.

Concorde holds the record for the fastest transatlantic airliner flight from New York to London, the fastest airliner circumnavigations going both east and west. When the Concorde G-BOAG made its last flight to The Museum of Flight in Seattle in November 2003, it set the fastest New York to Seattle record, going supersonic over the Canadian wilderness with special permission.

Visit the Museum today to experience Concorde for yourself!