A Short History of the Tuskegee Airmen 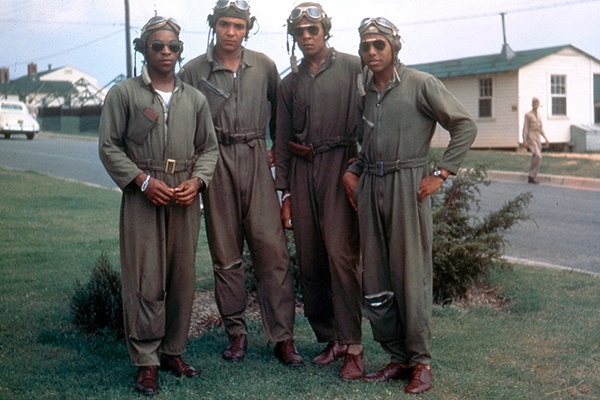 
When the Tuskegee Airmen were first established, Jim Crow laws and racist military policies prevented black men and women from serving in positions alongside their white peers. Despite the humble beginnings of the Tuskegee Airmen (pictured above; photo courtesy of Bill Holloman), who were known in World War II as the 332nd Fighter Group, their service made a significant impact on American cultural and legal progress.

A History of Segregation that extended into military

The story of the Tuskegee Airmen has its roots in the Jim Crow era, when laws prohibited black citizens from accessing the same facilities and opportunities as whites. While Jim Crow laws dictated when and where black civilians could go, the military also had its own segregation laws. Moreover, the military determined that black men were unable to operate complex machinery, so black enlistees were relegated to duties like cooking and cleaning.

In the 1930s, the Civilian Pilot Training Program was developed as a way to establish a qualified civilian pilot base. With the onset of World War II in 1939, the CPTP became a funnel into the Army Air Corps.

Around this time, growing pressure from the media and from influential Americans (most notably Eleanor Roosevelt) led the CPTP to start accepting black graduates from top universities like Howard University, Delaware State and North Carolina A&T. However, once the recruits entered the CPTP, there was no Army Air Corps squadron for the black graduates to join. 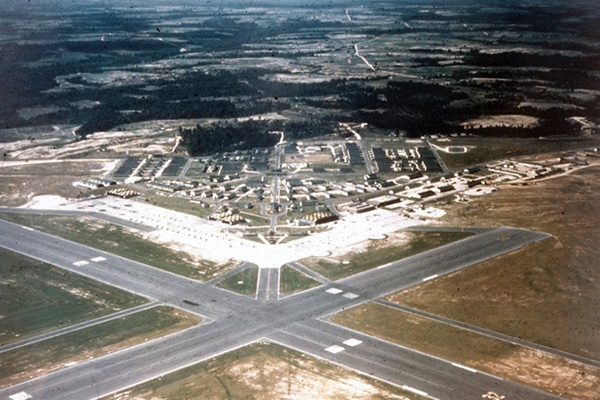 After the attack on Pearl Harbor, the demand for American fighter pilots grew and the 99th Pursuit Squadron, now at full strength, deployed to North Africa in April1943 where they played a significant role in driving out Axis forces. Although they were trained to fight against airplanes, the pilots of the 99th were tasked with ground support missions that included knocking off trains and convoys as well as escorting bombers. 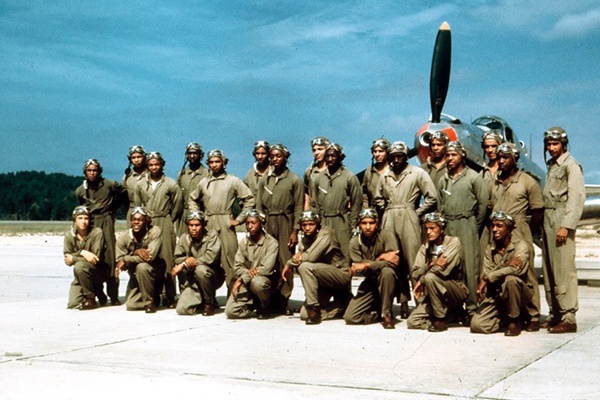 As additional squadrons (100th, 301st, and 302nd) were trained, they formed the 332nd Fighter Group, later known as the Tuskegee Airmen. In order to identify the 332nd amongst other fighter squadrons, the Tuskegee Airmen had the tails of their planes painted red, leading to the nickname Red Tails. They flew fighter planes like the North American P-51Mustang and the Republic P-47 Thunderbolt to complete these tasks. The P-47 was one of the largest single engines fighters in WWII and with four 50 caliber machine guns on each wing, it successfully disrupted convoys and supply trains. The P-51 was a premier long-range escort plane. Due to their mastery of these planes and their missions, the 332nd were recognized as the most reliable escort fighter pilots in the service. 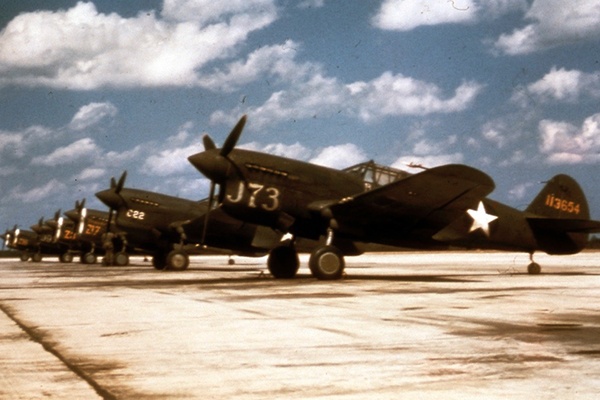 After about 5 months, the 332nd helped the Allies drive Axis powers out of North Africa and across the Mediterranean. By September 1943, the Italians had surrendered and the Allies drove the German army north into Italy. The 332nd  was critical to facilitating direct bomber assaults on the German homeland, leading to eventual Allied victory.

Making a Mark on History

As a unit, the 332nd Fighter Group earned over 700 medals for its service in World War II. But when the pilots returned home they continued to face discrimination and racist policies. In 1948 President Truman signed executive order 9981 which integrated the military, and this was a critical step in forwarding the civil rights initiatives of the future and eliminating Jim Crow laws. Although the Red Tails are highly regarded in aviation history, they also made an impact on American culture and legal progress.

Want to get a closer look at the P-51 flown by the Red Tails?