What's New in the Collection?


As 2nd Lt. Walston B. Ten Eyck of the 96th Aero Squadron prepared to fly a bombing mission on October 27, 1918, he had no idea what the day would hold. Paired with Lt. Arthur Newell as Observer, the two set out in their Bréguet XIV and near Birquenay (sic), France and encountered several German fighters who attacked them from the rear. They had been shot down a week earlier and lived to fly again, but on this particular day, the fighting escalated. Twenty-five enemy bullets hit Ten Eyck’s plane, the gasoline tank caught fire, and Ten Eyck was wounded. Still, he landed safely, and thinking quickly, 2nd Lt. Ten Eyck used his knife to cut the squadron insignia from the side of his downed plane. He folded the aircraft fabric and put it in his pocket. Once home, Ten Eyck framed the insignia, where it stayed in his family for over 100 years, being passed down to his son, and finally to his granddaughter, Elizabeth. Along with the “devil” insignia, the Ten Eyck family recently donated letters, photographs, clippings and 96th Aero Squadron materials to the Museum’s collection. Amazingly, the crease lines in the aircraft fabric are still visible, a small reminder of a harrowing event in WWI aviation history.

Walton B. Ten Eyck was awarded the Distinguished Service Cross for his extraordinary heroism in action that day in 1918. 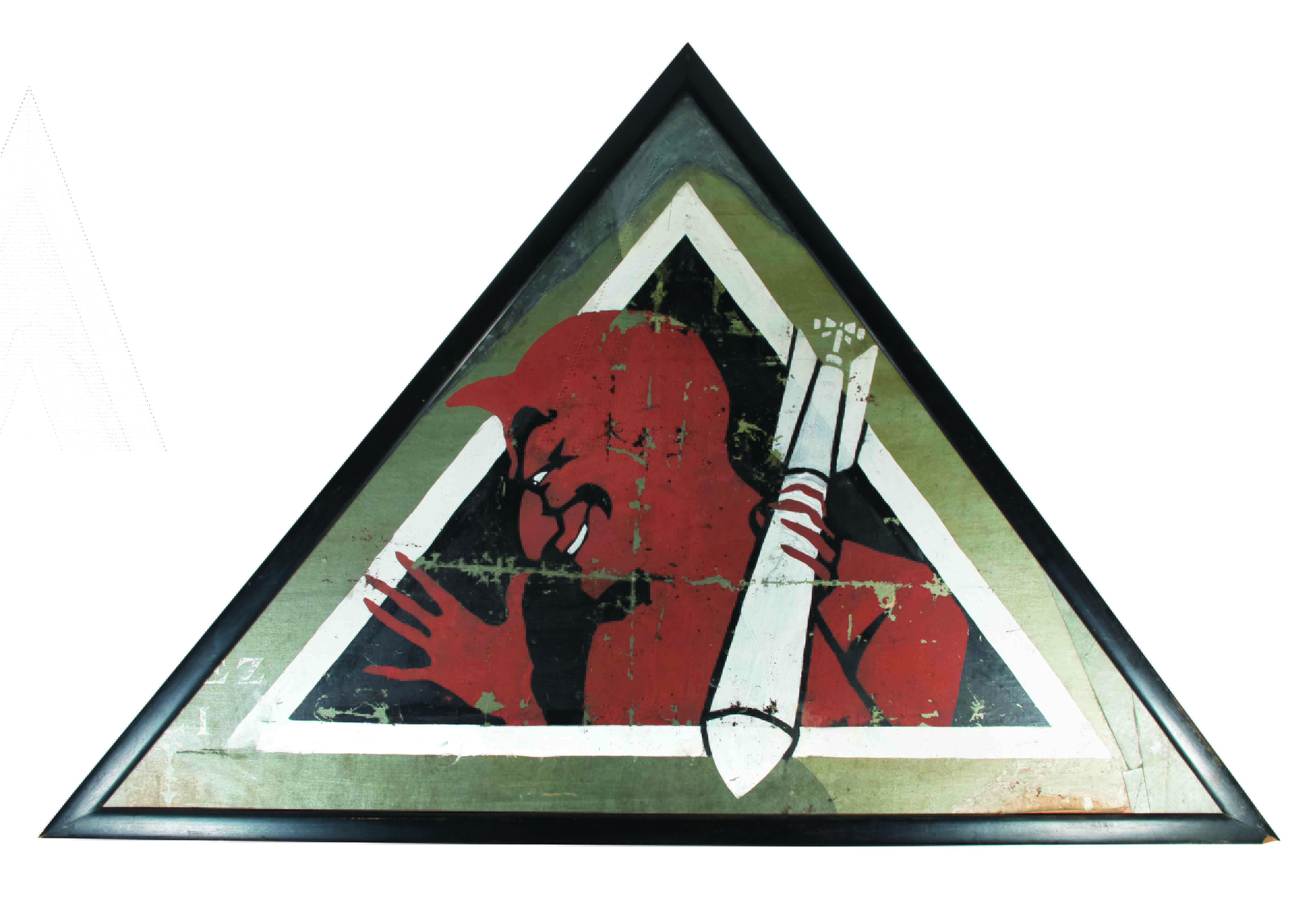 Karen Bean (TMOF staff) via The Museum of Flight Collection