Go Inside a NASA Shuttle Trainer 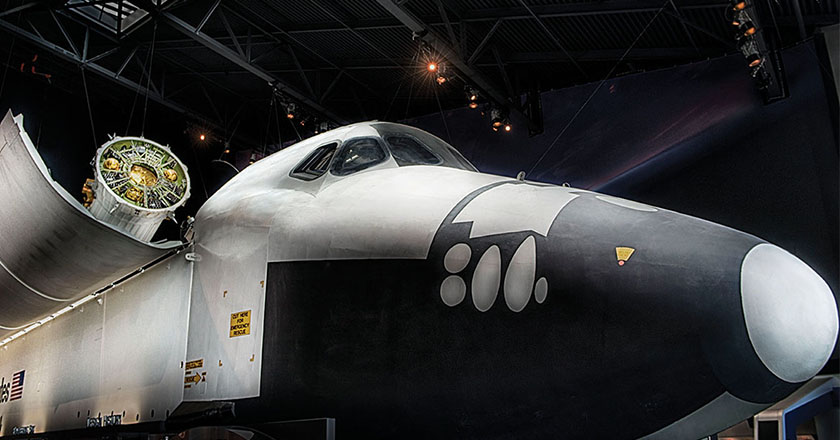 
From historical figures like Buzz Aldrin and Sally Ride, to their fictitious counterparts, the media has cultivated a romantic image of heroic astronauts venturing into the unknowns of outer space.

But those romantic images gloss over the mundane and sometimes harsh realities of astronaut training. A peek inside the Space Shuttle Trainer reveals the kinds of conditions in which astronauts prepare for a space mission.

For over three decades, over 350 astronauts used the Space Shuttle Trainer to train for space flight. Although the trainer itself is not a flight simulator, it does replicate the cramped and minimalist surroundings that astronauts must adjust to in space.

A Tiny House You Won't Find on HGTV

Your first impression stepping into the Shuttle Trainer mid-deck--where astronauts work, sleep and eat--is its size, or lack thereof. Measuring in at a quaint 140 sq ft, the mid-deck of the trainer is the size of a generous walk-in closet, but it’s all that astronauts need to get comfortable before a space mission. During training, astronauts learn to maneuver around each other in this cramped space to complete daily tasks like astronomical observations or medical experiments.

Zero gravity is fun for 15 minutes until you actually have to get some work done; then, it’s kind of a hassle to chase down floating tools, pens, laptops and whatever else you need to work. That’s where velcro comes in. This unsung hero of outer space is plastered throughout the mid-deck in small blue squares, resulting in the only kind of decor adorning the compartment. Astronauts learn to attach materials and equipment to these squares so their work stays put.

In the corner of the mid-deck hang what look like duffel bags on thick straps. These makeshift cots are not the epitome of comfort, but they’re what astronauts get accustomed to prior to a space mission. Once in space, the astronauts attach their sleeping bags anywhere in the mid-deck (there’s no real up or down in zero gravity), and strap themselves in to catch some much needed shut-eye.

If you can’t get enough of the Container Store, you’ll love the Space Shuttle mid-deck. One of the most prominent features of the Space Shuttle Trainer is the wall of cubbies that astronauts use to organize and secure their belongings. Each cubby has two drawers that can stack on top of each other to create a box, and each drawer comes with straps and mesh or foam dividers that help astronauts further compartmentalize tools for experiments, clothing, and toiletries. This wall of cubbies ensures that personal and work items don’t float around mid-deck.

Want to explore our Shuttle Trainer?