Secrets of the Space Shuttle Toilet 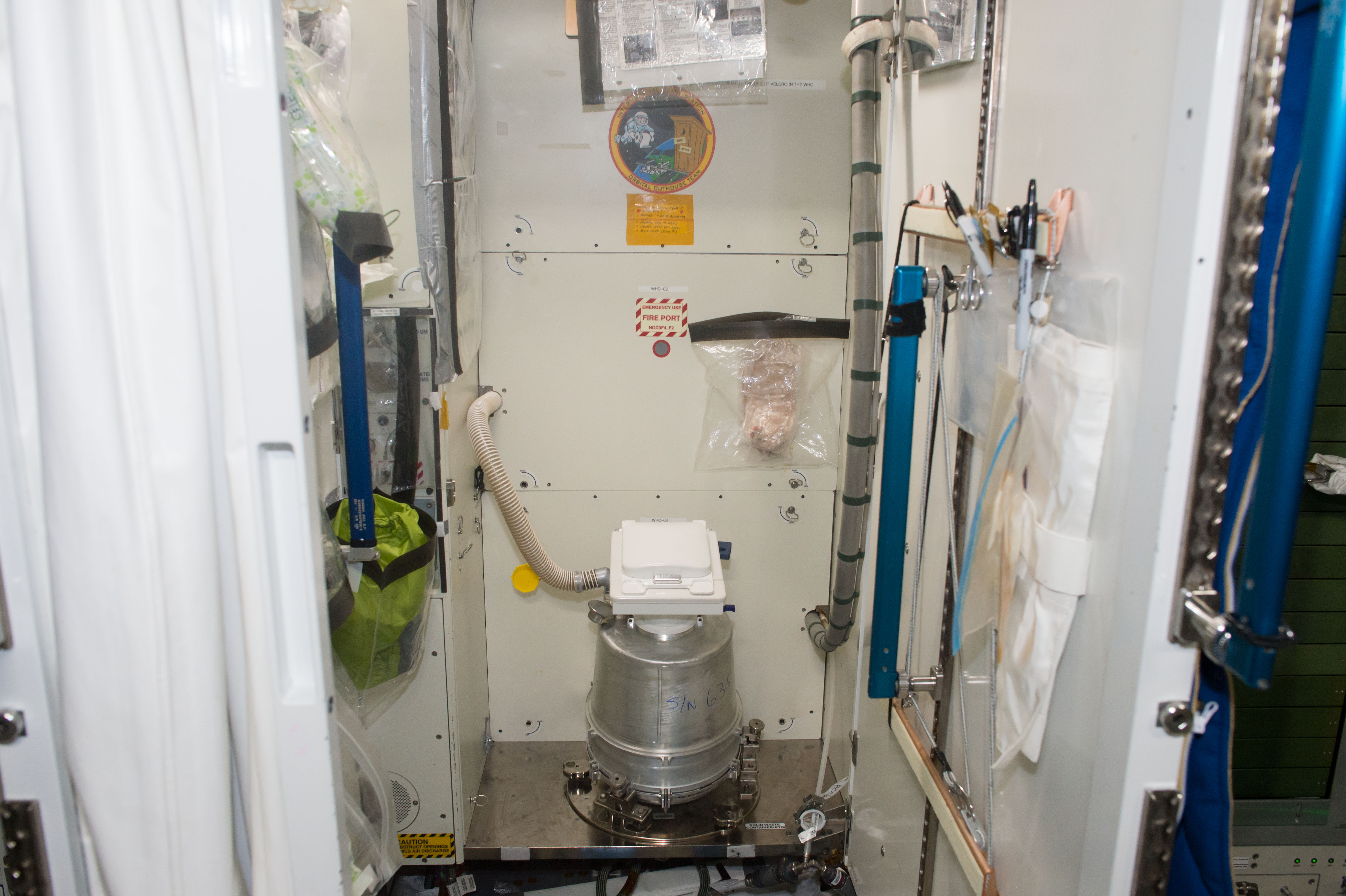 
Traveling to space is serious business, and astronauts still have to do their business while they’re miles above the Earth. When astronauts aboard the Space Shuttle have to answer the call of nature in microgravity, they visit the space toilet. The toilet aboard the Space Shuttle—and the training that goes along with it—is guaranteed to destroy any romantic or glamorous ideas you’ve ever had about going to space.

As a technology that’s evolved since humans first traveled to space in the 1960s, the Space Shuttle toilet inspires lots of questions from those who have never been to space, so read on to find out how it evolved and how it works.

The very first space toilet wasn’t a toilet at all—it was a diaper! When Alan Sheperd became the first American to fly in space, he had to do his business in his space suit. The first proper space toilet predates Shuttle: both SkyLab and Salyut had toilets that finally replaced diapers and fecal bags. When the Space Shuttle was built in 1977, a special bathroom called the Waste Collection System (WCS) was installed inside of it, and its design deployed air pressure to ensure that waste could be suctioned out of the Shuttle. The Space Shuttle toilet was used by astronauts aboard the Atlantis, Challenger, Columbia, Discovery, and Endeavor missions.

The major difference between using the restroom on Earth and in space is gravity, so the Space Shuttle toilet is designed to work even while in microgravity.

The WCS consists of a toilet, which has footrests, a lever for flushing, and a seat belt or hip holds like you’d find on a roller coaster to ensure that astronauts remain seated and don’t float away while they’re doing their business. Astronauts climb down on to the seat, which has a hole about four inches wide—much smaller than the toilets that we’re used to.

In addition to the toilet, there is a long hose for urine that astronauts hook up to when they go #1. Every astronaut gets their own urinary funnel through which they direct liquid waste into the toilet. Waste is stored in a special chamber for return to Earth and liquids are periodically disposed of overboard.

On the walls of the Space Shuttle toilet there are small compartments for trash bags, gloves, and dry wipes. The bags are where astronauts dispose of their used wipes. Some other accessories included are conical fibers, sanitation agent, scraper tool, urine funnels, and a CO adapter. There is also a bin for trash on the side because nothing except for human waste can be disposed of in the toilet. If astronauts are ever in doubt about how any of these items work, there are directions on the wall for friendly reminders. Most importantly, the astronauts make sure that the WCS is always stocked with wipes!

The Space Shuttle toilet is a very expensive piece of equipment, and if it breaks, everyone on board is in big trouble! That’s why astronauts go through rigorous potty training in the Positional Trainer to ensure that they can use the equipment safely and properly.

The Positional Trainer is equipped with a camera and a monitor so astronauts can see if they’re properly aligned with the toilet. This training device is jokingly referred to as NASA’s “deepest, darkest secret.”

Want to learn more about life in space?

Check out our Space Gallery next time you visit!