T-Square 54, The Museum of Flight's B-29, pictured head-on at sunrise.


Before this issue went to press, I had the opportunity to tour the B-17 and B-29 in the Collection. I've been in B-17s before, but I had never stepped foot in a Superfortress. Have I mentioned that I love working at The Museum of Flight?

As I entered the nose of the B-29, what struck me immediately was how much room is in the cockpit. It is enormous compared to the Fortress. As Evan and I chatted about the aircraft, he said something that drove home the differences between the two planes. The B-17 was 1930s tech, while the B-29 was engineered in the 1940s, he said. That may not sound like much, but between the time the B-17 began flying and the B-29 entered service, aviation changed rapidly and the two planes were light years apart technologically.

The B-17 first flew on July 28, 1935. The big bomber, known as the Model 299, represented some of America's greatest technological advances in aviation. It was Boeing's first military aircraft with a flight deck instead of an open cockpit, had retractable landing gear, variable pitch propellers, sported five .30 caliber machine guns mounted in clear "blisters" and was fast—232 miles per hour fast. As the design matured, the armament increased to up to 13.50 caliber machine guns, the crew grew to 10 and it carried a bomb load of nearly 8,000 pounds for short-range missions. All that hardware came with a price; the last model, the B-17G, cruised at just 150 miles per hour.

However, the plane was cramped, unpressurized and drafty. In early model Forts, the waist gunners were subjected to bone-chilling temperatures from the open windows where their guns were mounted. They fired over open sights—only the top and ball turret gunners had optical sights. But it was still a reliable and rugged plane, and it was the mainstay of the American bombing campaign in Europe from 1942 until the end of the war.

The B-29 was another animal altogether. It made its first flight on September 21, 1942, and represented Boeing's innovation in aircraft design. The Superfortress was one of the most technologically advanced airplanes of World War II. Gone were the gunners wielding handheld machine guns. Now they used remote-controlled turrets guided by a computerized central fire control system. Two crew areas were pressurized, negating the need for the bulky shearling suits worn in B-17s and B-24s. And, despite having a maximum takeoff weight double than that of the B-17, the B-29 cruised at 220 miles per hour. Everything about the plane said, "leaps forward."

Now, here's the kicker. The B-29 came with a hefty price tag for all its innovations. It's estimated that the Superfortress design and development cost the United States three billion dollars, a billion more than the vaunted Manhattan Project that produced the world's first nuclear bomb. Stranger still, by 1950—just five years after the war's end—the B-29 was reclassified as a medium bomber by the Air Force! Aviation technology was making leaps yet again. 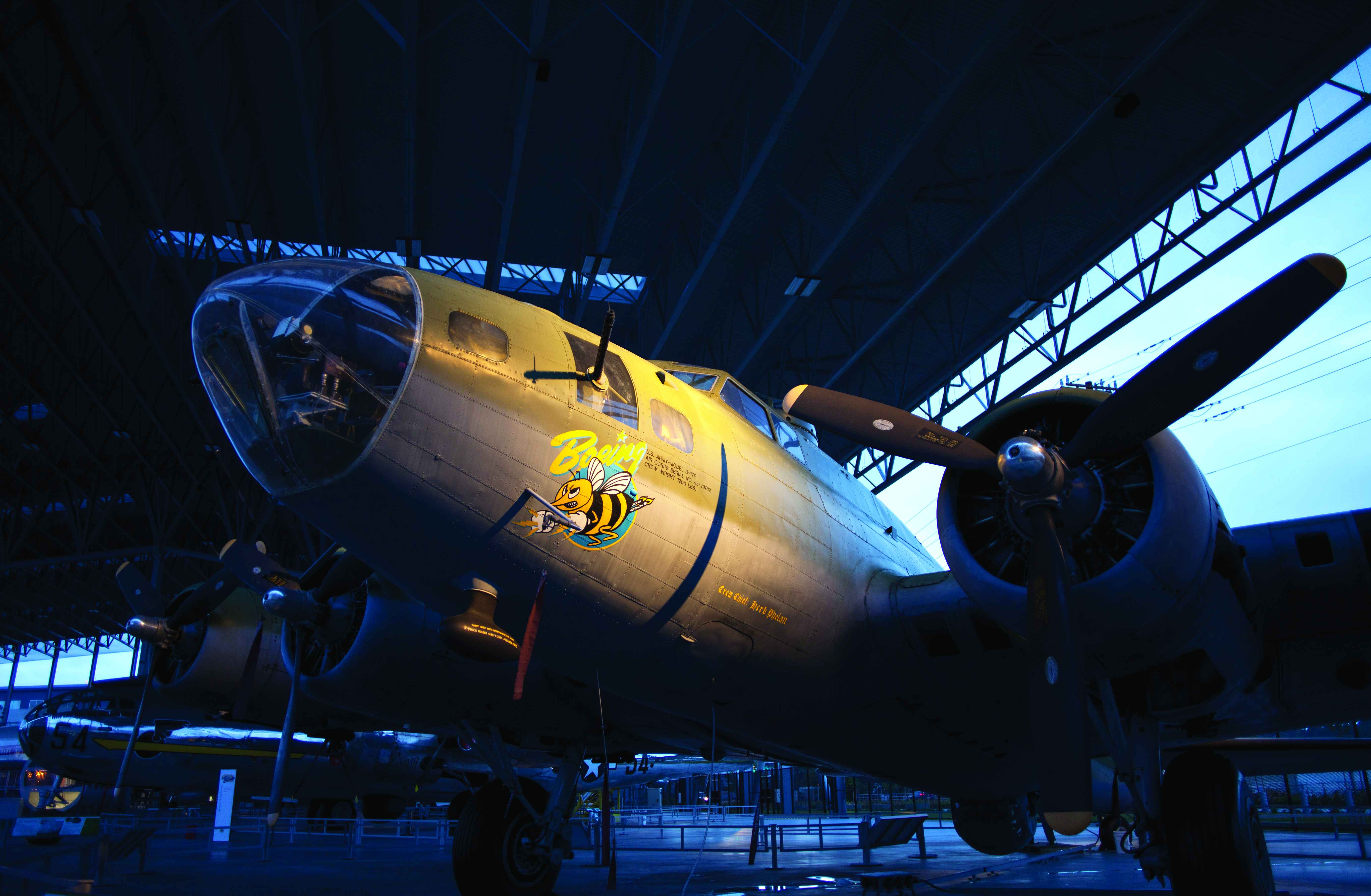